Natasha Pickowicz is the James Beard-nominated Pastry Chef and Writer behind charitable bake sales and the pop-up Never Ending Taste. Over a smorgasbord of leftovers and hand picked veg from her garden, we talked via Zoom about Natasha's unconventional career path, her pandemic pivot, and the power of pastry. I grew up in San Diego. My mom is from China and my dad teaches Chinese film and history, so I almost exclusively ate very simple, traditional Chinese food. Food is incredibly integral to the Chinese community and culture, and that was very much a part of my life growing up. We’d celebrate the Lunar New Year, have big parties, and my mom would make fried rice for all my friends. But as an immigrant, there was also a lot of pressure on my mom to assimilate. So we’d still go to Carl’s Jr every Saturday. I think that's probably unique to a lot of kids who grew up in a mixed immigrant household.

"Jiffy cornbread mix and adding an egg... That’s what I thought baking was."

Pastry is not a big part of Chinese food or something I did at all growing up. We were buying the Jiffy cornbread mix and adding an egg and vegetable oil or buying brownie powder in a bag. That’s what I thought baking was. I had never made anything from scratch until I was well into my twenties! It took quite a long time for me to carve out a space for the kind of role that I inhabit now. I studied English literature in college. I moved to Montreal in 2009 where I was booking shows and writing about music for the Montreal Gazette, but I needed a job. I was introduced to the owner of this bodega-meets-luncheonette called Depanneur Le Pick Up. They were looking for a new baker, and I really just fell in love with it and responded to the kitchen environment. At the same time, I started getting into food reporting and food writing. It was a transition point for me.

"Eventually I became Head Pastry Chef...until I was furloughed during the pandemic."

I moved to New York in 2013 and was working my dream job for $11 an hour as a Pastry Cook at Marlow and Sons. I didn't go to culinary school, so it was really about being around people that I could learn from, and that's sort of been my guiding principle for everywhere I've ever worked in food. Eventually I became Head Pastry Chef at Cafe Altro Paradiso and Flora Bar, where I was until I was furloughed during the pandemic. I miss leading a team and having the resources to execute wonderful events and programs. I had my bake sale for Planned Parenthood of Greater New York at Altro Paradiso for three years, and was doing baking classes with the Lenox Hill Neighborhood House on the Upper East Side out of Flora Bar. These relationships I have with different organizations are such an important opportunity to give back to the NY community.

"You have one shot to make something and hopefully people think it's delicious."

What I’m doing now with my pastry pop-up series ‘Never Ending Taste’ is a little bit different. I thought of the name through a stream of consciousness text with my mom. She suggested the name “Neverending Story” and it reminded me of restaurants in Chinatown, which I liked. She designed the posters for every single pop-up. And it was so much fun. It's a completely different way of working. I don't have an opportunity to make things every single day and tweak it and refine it and make it better. You have one shot to make something and hopefully people think it’s delicious. A great unexpected side effect of this change in my career and working from home is that I’ve been able to populate my kitchen and fridge in a way I never had since living in New York. I was eating the majority of my meals at work or out. So even though I loved cooking at home, I wasn’t doing it all that much.

"I’ve been able to populate my kitchen and fridge in a way I never had since living in New York."

I usually don’t have breakfast. I’ll just wait to get hungry and eat lunch. It's really important that I can eat lunch and keep working without needing to lay down for a minute, which is so tempting when you work from home. So my lunches are always well-rounded, more clean and healthy. And then at night it’s more decadent food with a glass of wine or a cocktail. I do a lot of batch cooking so that when I need to eat, it doesn’t take me an hour to pull something together. That’s really important for my kind of living. I cook a lot of dry beans. There’s no comparison in quality versus the canned stuff. I have a beautiful vegetable garden in my backyard, so I’m always harvesting from there. I still don’t have a lot of equipment (food processor, blender, etc) so I do everything by hand. This is basic, but I always have a tub of hummus in the fridge. I rarely eat meat at home. I can cook it, but I'd rather eat it beautifully prepared while out.

"The kind of communal eating I was so familiar with became kind of taboo and unhygienic."

Something really sad about the COVID shutdowns was that the kind of communal eating I was so familiar with became kind of taboo and unhygienic. I’m really looking forward to having people over this year for Chinese hot pot, a tradition I absolutely inherited from my family. They're avid hot pot hosts, they even collect antique ones! There's just something so fun about getting a beautiful, colorful mix of fresh veggies, noodles, and protein. And then you build this like very flavorful broth by cooking it all together. That is one of the most fun things to do with friends! You just make a very simple dipping sauce and maybe serve it with Scallion pancakes and cold beer. Mmm. I’m working on a cookbook right now. It’s been a super intense process, but I already would love to write a second book. It’s amazing to think back to my early twenties, I could never have imagined working in pastry as a baker, as a chef and writer. I'm not opposed to going back to restaurants, but for right now, I would love to keep writing books and explore these other ways to stay engaged with the food world. 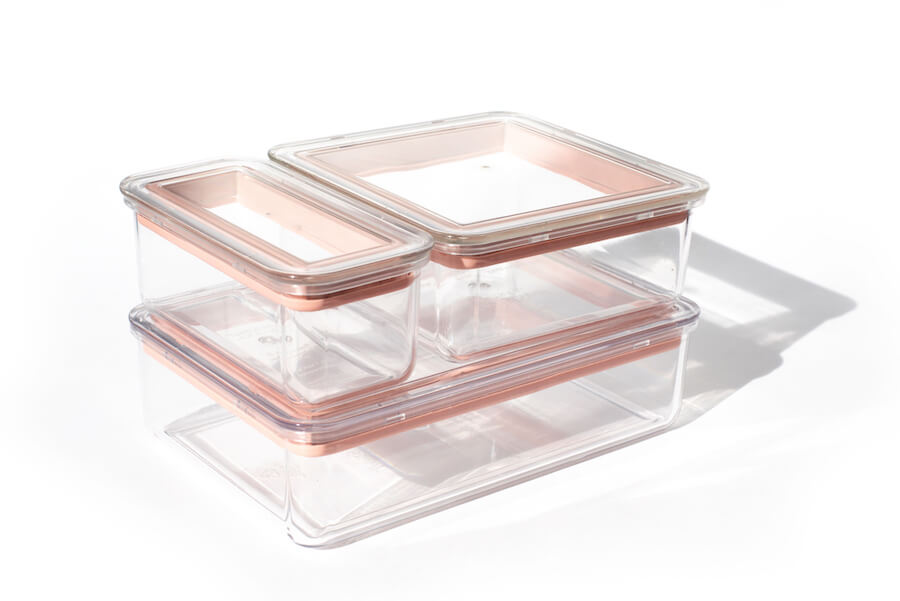