Akira Akuto is the co-founder of Konbi, an LA based restaurant inspired by Japanese convenience stores. Over his regular sandwich and salad combo, Akira walks us through his decision to pursue food at 24, managing a business in COVID, and everything in between.

My mom’s Korean, my dad’s Japanese. We moved around a lot. I lived in Seoul for three years until my sister was born and then we moved to Japan. After I finished kindergarten, we moved to the US. I studied at Columbia University and didn't really know what I wanted to do with my life.

I didn’t like the pay, but I fell in love with the atmosphere. It was the first place I learned how to work hard.

I worked a bunch of office jobs but didn’t like anything. I didn't understand the point of working in offices, most of it was just sitting in front of a computer, not knowing what I did all day. But I had gone to cooking school during college, just for fun and eventually I decided to do some cooking in a restaurant. There the amount of work was obvious. At the end of the day, you knew exactly how much you had done. I didn’t like the pay, but I fell in love with the atmosphere. It was the first place I learned how to work hard. I started cheffing when I was 24. It’s not considered late anymore but all the great chefs of our generation started early. It’s physical work so it helps if you have that energy level. But you can make up a lot of ground working 100 hrs per week and that’s what most of my peer group was doing at the time... for no money.

But I did work for the David Chang empire in the early days before it was an empire. It was just Momofuku Noodle Bar and Ssam Bar.

A couple of restaurants I worked for don’t exist anymore. But I did work for the David Chang empire in the early days before it was an empire. It was just Momofuku Noodle Bar and Ssam Bar. Then I worked for Marco Canora around the corner, he owns Hearth. Both restaurants are still there, so that’s good.

Nick (Konbi’s cofounder) was on the opening team at Ssam Bar and I was on the Noodle Bar when it was really small. We were in a 650 sq ft space upstairs, three cooks doing lunch and dinner. All day from 12 pm to 12 am, closed for an hour and a half in between, doing insane numbers. It was very weird. It was right when people started taking pictures of their food as well. There was no social media, it was just people taking pictures of their food, they had their own blog and would write about it. No one in the restaurant knew what was happening.

It was right when people started taking pictures of their food... they had their own blog and would write about it.

I worked for some pretty famous chefs in New York. Then the recession came in ‘09 and basically there weren’t really any restaurants left to work in. I moved to LA because it didn’t seem like opening a place in New York was really feasible for under several million dollars. A bunch of my friends had already moved and more were coming, more are still coming. We have a really good community there. Our sandwiches are inspired by what you’d find at a Japanese convenience store, or Konbini, which are the equivalent of a bodega in New York. They’re at every corner but they’re so much cleaner and better.

Our sandwiches are inspired by what you’d find at a Japanese convenience store.

When I’d go to Japan with anybody we’d end up at a convenience store, because it's open most of the day. In Japan most coffee shops open around 10 or 11 am so if you're starting the day at 7 am, you end up at 711 or Family Mart. I know this because I grew up there, but chefs that are there for the first time are blown away that things at the convenience store taste really good. So, when we were starting Konbi, we took a lot of the things we liked there and did our take on those sandwiches, refined them.

Our thought behind Konbi was: let's do food that people can afford. All the stuff Nick and I used to cook was fine dining food. How much fine dining culture do you want in your life? I don’t wanna cook for just wealthy people and neither does Nick. Let's just make the best croissant. Let’s make the best version of all of it. That’s our secret competitive version.

Our thought behind Konbi was: let's do food that people can afford. It took a while to get Konbi as a concept nailed down, It’s nice to see that it’s two years old but we’re constantly making improvements. Our philosophy is: don’t be afraid of change. We treat it more like a company or a business than a restaurant.

I’ve worked for several restaurants, Nick's also worked for different chefs and there are underlying problems that exist everywhere, but people want to keep building the same thing. To me that’s crazy. If you’re going to build the exact same thing, you’re almost guaranteeing yourself the same results. We ask, what can we do differently? How can we do this? And maybe we can’t do it, but let’s at least try.

If you’re going to build the exact same thing, you’re almost guaranteeing yourself the same results.

Because we’re a little older in age, Konbi’s food is not heavy. We make sure that if you eat whatever we make, it’s not sitting in your stomach. There’s nothing worse than eating something, driving around and feeling tired. We try to make everything more light. We’re very conscious of that. Konbi is doing well. We’re now built for a takeaway operation. We have a window that’s on the street and basically everyone in LA has a car. The switch we had to make was getting rid of the ten dining seats inside, which is fine. For us, it was fun to operate dining but very difficult. It costs a lot of money to do it that way so to streamline it made things much easier for us. Those fast food companies have had it figured out for decades. It is more efficient.

Now everyone’s working at the same time so there’s a lot more camaraderie and we’re able to do a couple more dishes just because we have more space.

Instead of there being a service shift, clean up, and then a prep shift, now everyone’s working at the same time so there’s a lot more camaraderie and we’re able to do a couple more dishes just because we have more space. We made changes everyday until we felt it was working.

It’ll grow organically but COVID has emphasized our philosophy that restaurants don’t make sense as a business. We wanna evolve it into other things but it takes time. For lunch today, I’m eating the Konbi tuna fish sandwich and salad. We like to cut everything up at Konbi so you don’t have to cut the leaves. I think it’s a pain if you’re eating a portable salad and have to do that. It isn’t as beautiful but it's easier. We always have a pickled item in there, nuts, and a couple of house dressings we rotate through. Vegan ranch in the summer time or a miso barley dressing. We try to keep the salad more french leaning with an asian dressing. I usually have one of those when I’m at work. It's nice and healthy and I added some pickles because I felt like it. That’s a typical lunch for me.

Before COVID, I'd cook a few times a week but for larger groups. I figure I’m going to cook anyway and it's not much more to cook for eight or ten people than for two so let's just have people over. That’s how we socialize. LA’s really nice for that, you can have a backyard dinner party all year round.

It’s funny because I never cook the food I cook at Konbi at home... I have a very hard time figuring out how to cook what’s basically my childhood memory.

It’s funny because I never cook the food I cook at Konbi at home. My mind naturally gravitates towards Italian food. But when I do cook Konbi food, I have a very hard time figuring out how to cook what’s basically my childhood memory. I know how to get there but I have to figure it out. I don’t know if other chefs are like that but it's hard for me, I have to think through every step. When it comes to kitchen tools, I don’t think people appreciate the full power of the plastic spatula. so you can get everything, all the sauce. Whenever I go to Mexico city to hang out with my friends there, lunch is the big meal of the day. They have lunch for four or more hours. It’s their extended hang-out session. I really envy how they live. If you’re good at lunch, it’s being present and having lunch without checking your phone or being distracted by other things. Their whole culture is different. It’s not like New York where you’re like, I'm going to hang out with this set of friends for an hour then I have another activity and another after that, so many things going on all day. In Mexico it’s: we’re gonna meet at this restaurant and that’s the whole social event of the day.

To me it’s not about food, it’s about everything else. You don’t remember the food, you remember the circumstances, the people that were there.

I do have dinner parties and that’s our replacement for a lunch that long. To me it’s not about food, it’s about everything else. You don’t remember the food, you remember the circumstances, the people that were there. Being good at lunch or anything else, it’s those other things that matter. 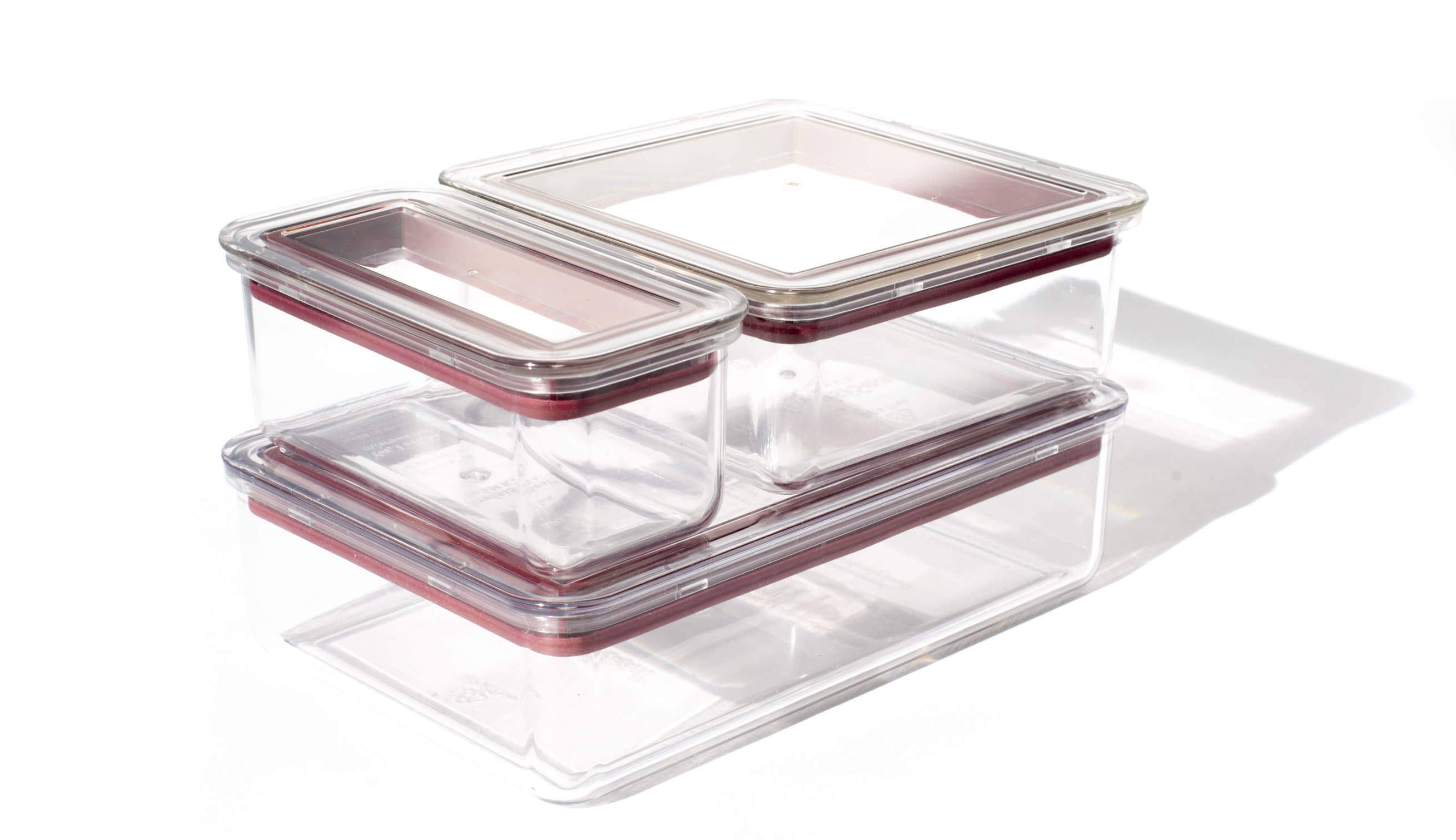