The belief that food can improve your life in between the sheets might seem strange. But tales of sex-friendly snacks have been circulating for centuries.

Sadly, the effect of these so-called pleasure-inducing foods is actually much less than what the age-old tales would have you believe, but scientists are increasingly finding evidence of certain food’s impact on our sexual drive and performance. Much to everyone’s excitement, a little bit of chocolate might just go a long way in the bedroom.

Exciting! But what is an aphrodisiac & how does it work?

The term aphrodisiac is derived from Aphrodite, the Greek Goddess of Love, meaning a thing that stimulates sexual desire or excitement. There are different types of aphrodisiacs ranging from foods, natural supplements like teas, herbs, and adaptogens (ginseng), as well as synthetic supplements.

The way they work is they contain nutrients, amino acids, or chemical elements that increase sensations of arousal - heart rate, body temp, blood flow (if you’ve consumed enough, that is)..

We’ve found aphrodisiac foods to be the most accessible, so we’ve put together a list of all the desire-inducing, sheet-rustling, knee-weakening foods for you to put to the test.

There’s a reason chocolate is the official gift of Valentine’s Day. And we have phenethylamine and tryptophan to thank for that. Phenethylamine, also called ‘the molecule of love’ because it’s naturally released in the brain during attraction (bring on the butterflies), acts like a  natural amphetamine to stimulate the nervous system. Tryptophan triggers our brain to produce dopamine and serotonin, elevating our mood and peaking sexual interest. Seafood has long been considered an aphrodisiac as the category's namesake rose from the sea. Oysters are the poster child for sea-based aphrodisiacs because of their suggestive appearance and their use by Italy’s favorite 18th century lover, Casanova. Moving beyond the realm of myth, oysters have a high concentration of zinc, an essential nutrient related to libido and testosterone production, particularly in men. They also contain amino acids that encourage serotonin release, important for neural pleasure responses and the promotion of better sexual function. Just six oysters give more than 4 times the recommended daily dose of the frisky-friendly nutrient. The avocado tree is perhaps better known as the “testicle tree” to ancient Aztecs because of its low-hanging fruit and lustful look-alike. The shape alone may conjure up some sexual imagery, but the avocado also contains vitamin E (called the ‘sex vitamin’), which works as a mood enhancer to increase feelings of desire and attraction. Believed to be the original forbidden fruit, the pomegranate is rich in both its history and its bedroom-friendly attributes. Aphrodite was credited with planting the first pomegranate tree, solidifying the fruit’s sex-adjacent status long before it tempted Adam and Eve. The look of the split pomegranate is alone enough to produce pleasurable thoughts, but the fruit is also packed with antioxidants that aid testosterone production and support healthy blood flow in both men and women. The benefit of nut consumption for your sex life is much less, well, sexy. Nutrition is closely related to healthy hormone levels. And nuts are extremely rich in omega 3, which plays a key role in hormone synthesis. So while the link is less direct and comparatively void of myth, it’s still important for a healthy sex life. Honey was once known as the nectar of the gods, and for good reason. Hipocrates used to prescribe it for sexual vigor in ancient Greece, and a French wives’ tale equates the sting of the bee to a shot of pure euphoria. In addition to the nectar-like substance’s cultural history, it contains loads of boron and nitric oxide – the former regulates hormone levels, and the latter is released in the blood during arousal. Is it getting hot in here? It turns out spicy foods can actually spice up our sex lives as well as our mouths. That’s all thanks to capsaicin, the chemical in chilies that spurs the release of endorphins and a rush of adrenaline. Together, the effect can get us feeling hot (literally) and in the mood. Potentially the least sexy-looking food on the list, asparagus has a long history as an aphrodisiac. The Kama Sutra advised drinking it as a paste, and French grooms in the 19th century were served three courses of it the day before their wedding in hopes that it would increase their sex drive for the big night. More recent findings have shown that asparagus is rich in folate (a b vitamin) which increases the production of histamines as well as vitamin E, which is necessary for hormone production. We’re not saying eat your way to better sex, but if you’re planning a romantic evening, throw a few of these tasty temptations in the mix and you might just see some added benefits in the bedroom. And if you need something equally-as-tempting to eat them out of, you know where to find us ;)

Need something to put your Aphrodisiacs in? 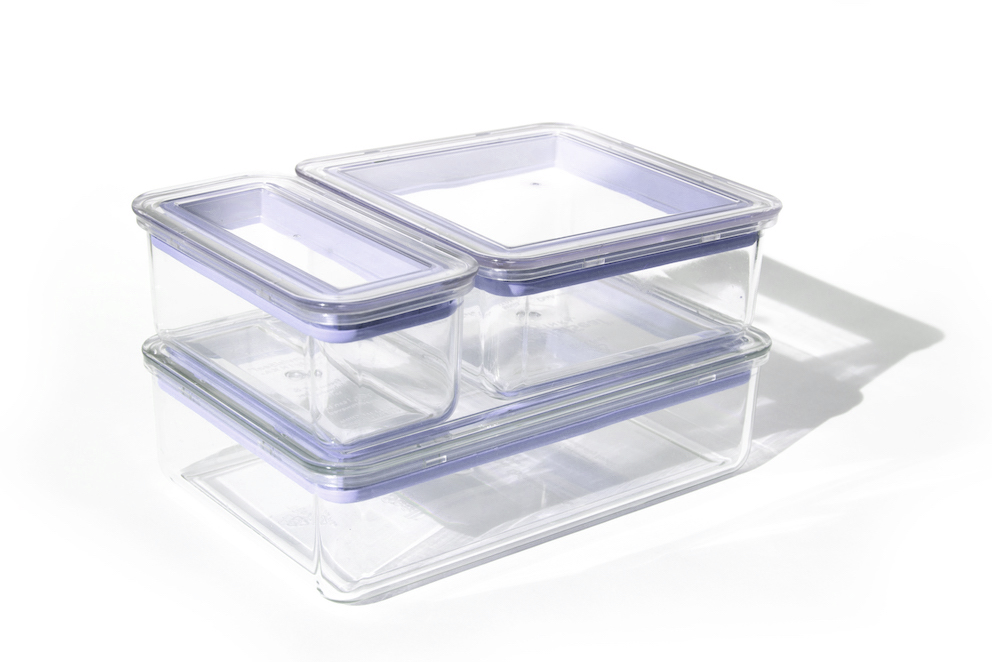