We’re always looking for new ways to get those recommended 8 hours of shut-eye. But have you ever considered the role your diet plays in your sleep patterns? Spoiler alert: it’s a bigger factor than you think.

Oats are both naturally rich in melatonin, a hormone that regulates circadian rhythm, and contain healthy amounts of glucose. The natural sugars in oatmeal spikes insulin levels, triggering a release of tryptophan, which becomes serotonin, which then becomes melatonin.

Research shows that the high levels of vitamin D, omega-3 fatty acids in fatty fish help regulate serotonin and improve overall sleep function. Not to mention many fish are natural sources of melatonin. Tryptophan, an acid that has been shown to increase melatonin production is also present.

Nuts contain melatonin and essential minerals, like magnesium and zinc, that both play a role in sleep and have been found to reduce insomnia in adults. Next time you’re feeling snacky before bed, smear some nut butter on a piece of whole-grain toast.

Research has found that people who ate two kiwis an hour before bed fell asleep faster, slept more, and had better sleep quality. This is because kiwis are rich in serotonin (which triggers melatonin production) and antioxidants that promote sleep.

Cherries have an above-average concentration of natural melatonin, making them a powerful bedtime snack. They’re also packed with antioxidants conducive to sleep.

The high concentrations of vitamin B6, calcium, and magnesium in prunes all help produce melatonin. These proteins are often lacking in a plant-based diet, so this is a great late-night snack if you’re dairy-free.

Avoid These Foods Before Bed:

This probably doesn’t come as a surprise, but it can be tough to hear that what you’re craving most at 2 am isn’t going to help you sleep. Fried foods take time to digest and can give you heartburn if eaten within an hour before bed.

Similarly, high-fat foods like pizza or ice cream take longer to digest than average and have been shown to interfere with sleep cycles.

Eating high sodium foods before bed might just result in you waking up at 4 am dying for water. Be cautious of dehydrating foods like these the closer to bedtime it gets.

Eating it during the day is perfectly fine, but before bed, spicy foods can spur on some pretty intense heartburn, making it difficult to fall asleep.

High-acid foods like tomato sauce can interfere with sleep by causing acid reflux or heartburn. Best to avoid anything acidic as a late-night snack.

Bonus tip! Your Gut and Sleep


Nutrition and sleep are inextricably linked. Melatonin and sleep-inducing neurotransmitters like dopamine and serotonin are developed and released in your gut. And a lack of key nutrients, like calcium, magnesium, and vitamins A, C, D, E, and K in your diet are associated with sleep problems. So you need to have a healthy gut biome for good sleep, but you also need in sync circadian rhythms to maintain a healthy gut. Sound like an endless cycle? Let’s break it.

Throw out the bottle of melatonin and catch your zzz's the natural way. 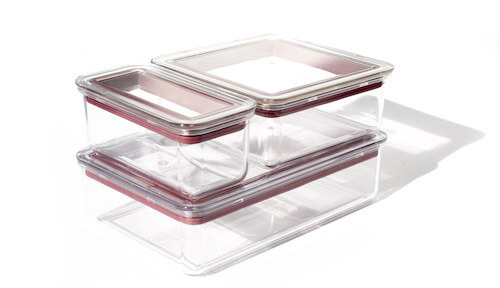